Back for the Lord Mayor’s Show

Home › News › News & Updates › Back for the Lord Mayor’s Show

Back for the Lord Mayor’s Show

We were pleased to be back at this year’s Lord Mayor’s Show after COVID stopped the event in 2020.

The Lord Mayor’s Show has an uninterrupted history of over 800 years, since King John’s Mayoral Charter of 1215 decreed that the Lord Mayor of London must present himself to The Sovereign on assuming office. It is a unique combination of state procession, military parade and carnival.

In 2021 there were more than 120 serials: civilian, military, bands, floats, carriages and support vehicles, with thousands of participants taking one hour and ten minutes to pass a given point along the 1.2 mile / 1.9 km outward route.

Media interest was as high as ever in 2021 with 60 accreditations for photographers, videographers and TV crews coming from as far afield as Russia and Iran.  We assembled a team of veteran PI staff who were stationed at key points along the parade route to help make this run as smoothly as possible.

In 2021, the incoming Lord Mayor of London was a Dublin born and educated lawyer, Vincent Keaveny and so Andy had a special interest . 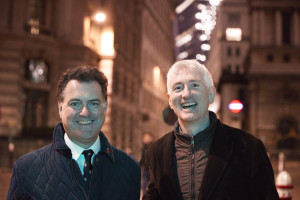 To get a flavour of this event, check out the photo site of Mike Williams, who graciously provided the two shots above https://www.photographybymikewilliams.co.uk

We are already looking forward to next year!