Well – who are we to argue with Seb Coe?  Fresh from our success with London 2017’s IAAF World Championships, we teamed up again with the great operators of British Athletics and delivered the media operation for the 17th IAAF World Indoor Championships. This was the city’s second hosting of the event as it previously did so in 2003 and we were involved then too!  Many of the faces had of course changed, but it was always fun to work again with some of the old 2003 crew. 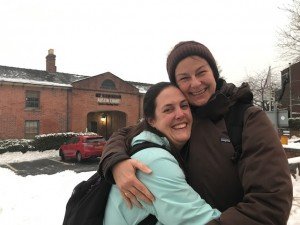 Despite adverse weather conditions, thousands of spectators attended the event and were treated to some fantastic performances from some of the world’s best athletes, with one world record, three championships records and 26 national records broken.  We hadn’t really counted on snow being an issue for an indoor championships, but of course we carried on regardless!

More than 550 athletes from 133 countries took part in the event and 750 volunteers (known as Gems) supported the organisers in hosting the biggest global athletics event of 2018. Media interest was high, with 287 written press, non-rights holding broadcasters and photographers collecting accreditation and their overall satisfaction with the services we provided was 8.91 out of 10.

Lord Sebastian Coe, President of the IAAF, described the event as “one of the most successful of all time” and continued by saying: “I’d like to thank the organising committee, Birmingham City Council, the athletes and the fans – who fought through pretty extraordinary weather conditions to be here.”

Andrew took on the role of photo manager, his first time taking the lead photo role in an IAAF event and was very pleased to be able to delegate all of the infield work to IAAF Photo Commissioner, Raquel Cavaco Nunes, after their successful collaboration at London 2017.  He was also joined by British Athletics stalwart, Sally Skea as Deputy, and by Lucy Ambrose who was seconded over from UK Sport. 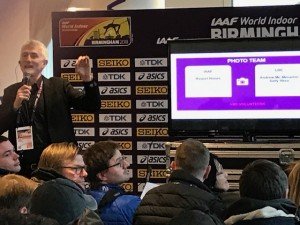 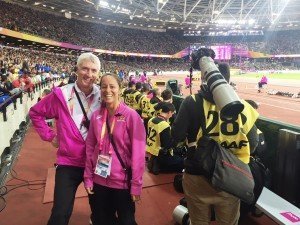 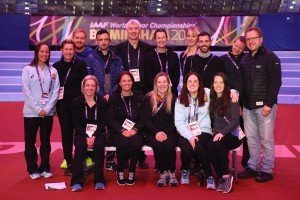