They came.  Oh how they came!  With packed spectator tribunes, packed media tribunes and packed photo positions this was one of the best attended indoor meetings ever. We even almost ran out of photo bibs. Huge local interest was evident in local superstar Laura Muir, and over 600 athletes came from over 50 countries. 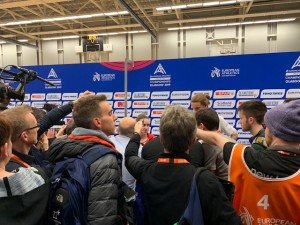 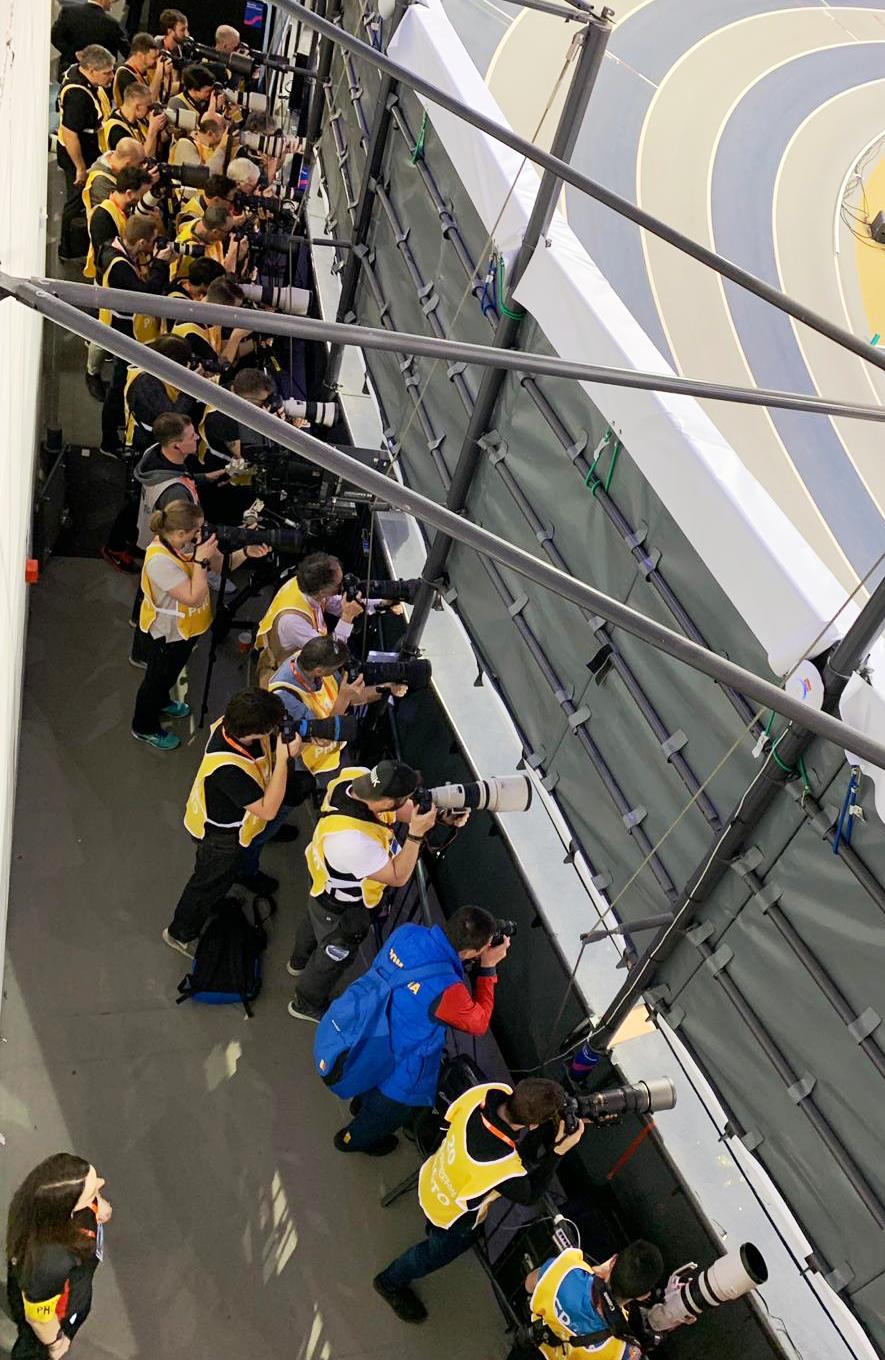 We put together our top athletics specialists to meet the challenge, led by Jayne and with Russell Swannack our man on the ground for the planning stages as well as being part of the mixed zone team at the event. The media centre was led by Anna McInerney, backed up by Mat Metcalfe (when he wasn’t running the tribune). Our mixed zone team was led by world class specialist Nicole Reynolds, supported by Russ and Ivan Pasquariello. The photo team was led by Director Andrew McMenamin, with Hannah Houston as deputy and UK Sport’s Lucy Ambrose as assistant. Finally, we installed a highly experienced news team led by Matt Brown, with seasoned journalists Giuliana Grillo and Adrian Warner supported by secondees Adam Bailey and Carol Austin from British Athletics, and with a student placement of Ciaren Cox from Chichester University. 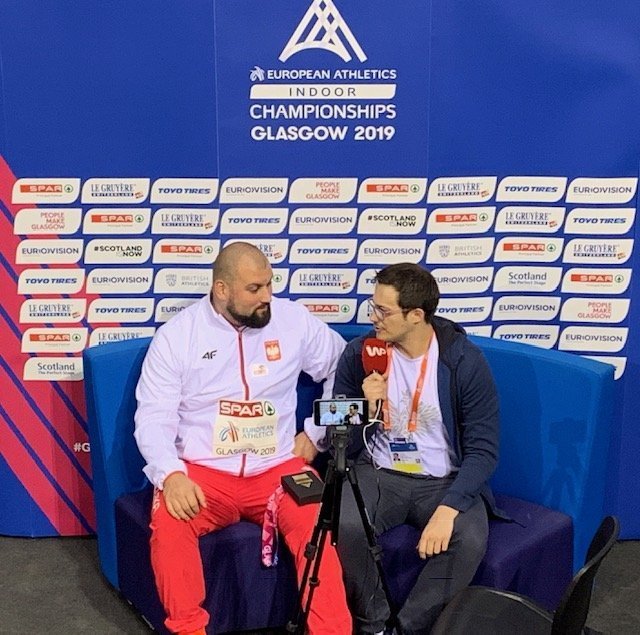 We continued our proud tradition of innovation, once again using the I-Zone in athletics, which was a first for a European Athletics event,

and we brought the Photo of the Day idea over from the Hockey World Cup and the Six Day Cycle.  With lovely prizes of Scotch Malt Whisky, interest was high as was the standard,although we still think that this shot from Getty, as featured and mentioned on BBC Sport’s Instagram feed, and taken from the roof gantry, is very hard to beat. I am sure that if Michael Steele had entered this one, he would have been the proud owner of a 16 year old bottle of malt. 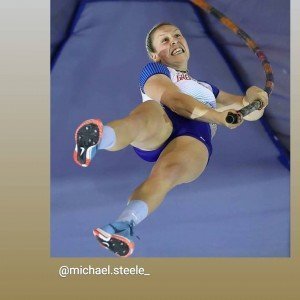 Seeing a shot like this makes all the work we do behind the scenes worthwhile.

The media centre was located in track central of the velodrome, which sounds weird but worked out very well. 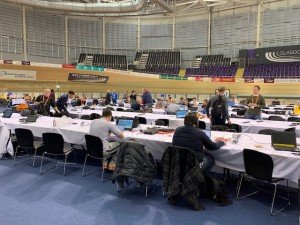 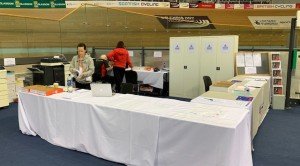 The media centre was dedicated to the legendary journalist Vikki Orvice, who tragically passed away from cancer a few weeks before the event.  We missed her presence, but did open a book of condolences in her honour along with an engraved plaque. A small tribute to a remarkable woman. 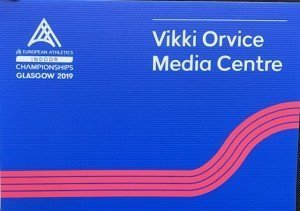 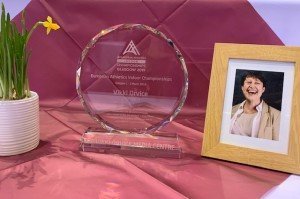 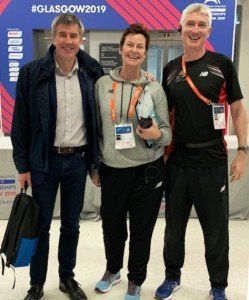 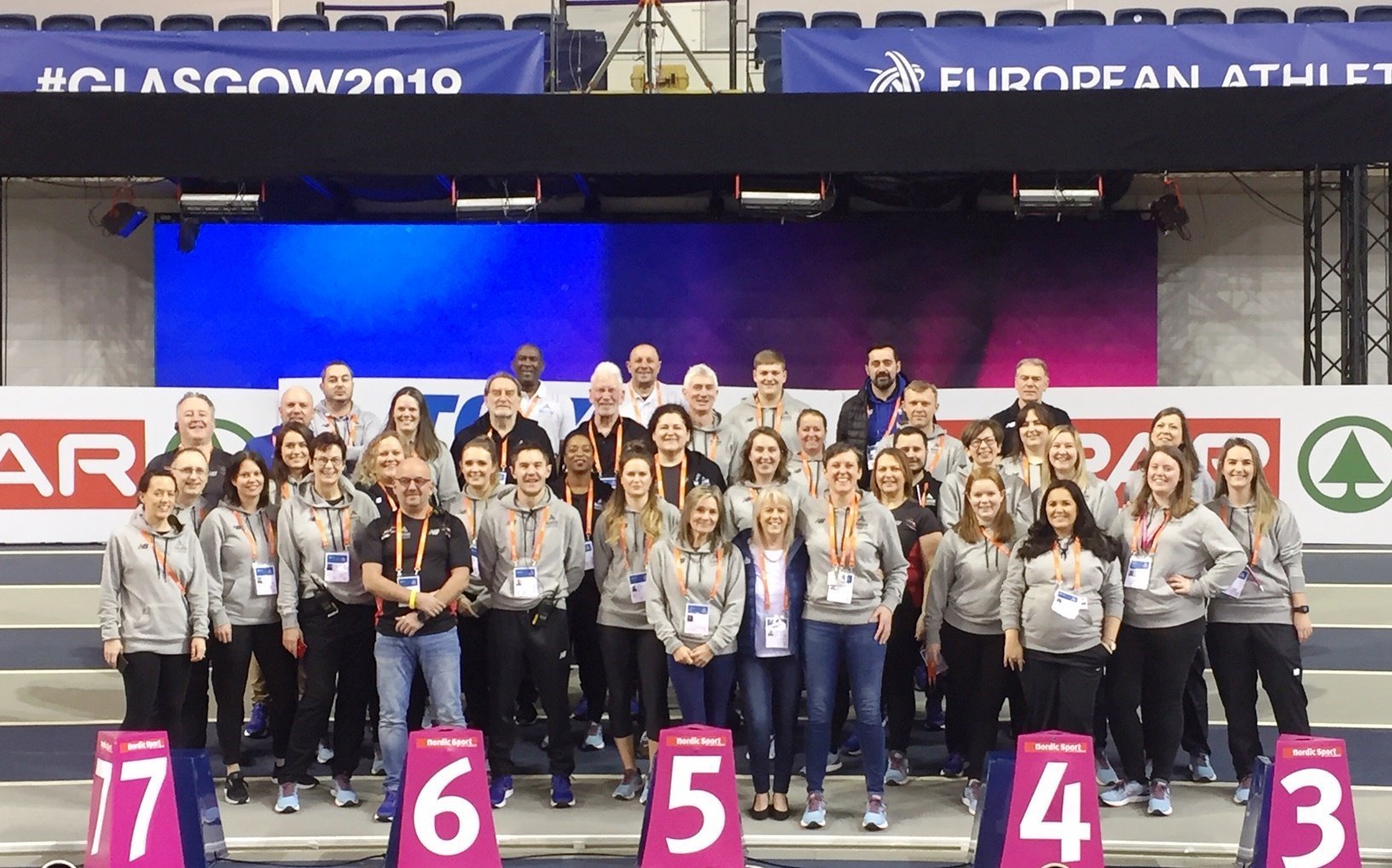 Thanks European Athletics and the Glasgow 2019 team, especially Championships Director Jo Sutherland.  You guys were amazing.  It was epic!