“The most compelling and competitive championships of all time” was how IAAF  President Sebastien Coe described this event and we completely agree!

London 2017 was notable for many things including big crowds,  with the 60,000 capacity London Stadium selling out for all evening sessions for the IAAF event.  It was also the first time that the IAAF  event was held alongside the International Paralympic Committee’s World Para Athletic Championships.  Two events in a single city venue running one after the other (with a few days in between) provided plenty of challenges but was held to be a great success.

“Pearce International provided the best press operations service to date for a World Para Sport event when they were contracted to support the London 2017 World Para Athletics Championship.  The expert team assembled for the Championships boasted impressive experience and knowledge of what was required to support press and photographers at such a large scale event, ensuring that all clients were kept happy.  I would recommend Pearce International to anyone!”

For the big event we turned out the big players, including internationally renowned photographer Bob Martin (former Photo Chief of London 2012), Cavan Pawson, Nicole Reynolds and Jayne herself. 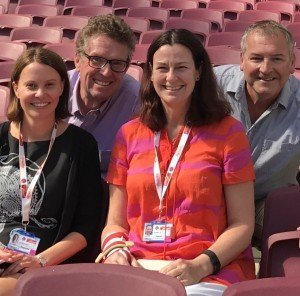 Innovations included running an end-to-end mixed zone where our team took the athletes from the field of play to the rights-holding broadcasters and then on to our own clients of the written press and non-rights holding broadcasters. Flash quotes were emailed out to journalists and facilities for the written press even included massage facilities. 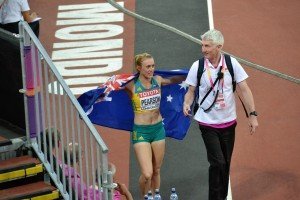 It was the first IAAF World Championships we had done since Paris 2003, and it’s fair to say that many working practices of the media have changed in that time.  What hasn’t changed though, is the need to have top professionals on the team to look after the needs of the client, and of course in this we delivered. 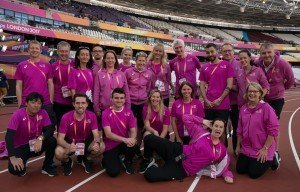