The Lord Mayor’s Show is 804 years old this year. It comes down to us through centuries of turbulent London history, from its origins as a way to keep London under control through mediæval carnival and imperial spectacle to become the world’s first live outdoor broadcast and its longest-running TV show. Pearce International are really delighted to be delivering the media operation for 2019; a step away from our sporting origins, but an opportunity to provide media from all over the world with the best possible conditions to cover this historic event. 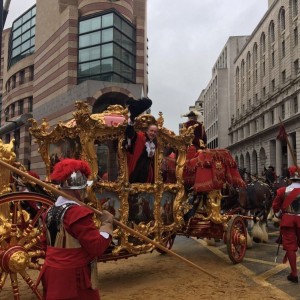 The modern Show is a joyful and diverse civic parade of over 6000 people, with dozens of marching bands, military detachments, carriages, dance troupes, inflatables, giant contraptions and ceremonial displays. Every year is different and surprising, combining London’s ancient pomp, rowdy patchwork heritage and modern dynamism to create a spectacle unlike anything else in the world.  Watch it live on the BBC on Saturday 9th November!